The NHS and the Fight Against Obesity

The NHS are leading the way in the fight against obesity, and it’s once again making the headlines.

We woke yesterday, to the news that the NHS is planning on a ban of chocolate bars and sweets over 250 calories in their hospitals. This includes large chocolate bars and the infamous ‘grab bags’. The latter is designed to share but is often consumed by just one person. 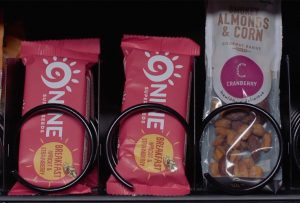 Its been on the cards for a while – shops, cafes and vending machines across the NHS sell various sugary products, adding to and encouraging the obesity epidemic across the country. It was claimed in 2015 that 58% of women and 68% of men were overweight or obese. Consequently, this costs more money for the NHS. In the same year there were 525 thousand admissions to NHS hospitals which were related to obesity.

Both the Welsh and Scottish government introduced guidelines for hospitals back in 2008. England have been lagging behind until recently when they announced that 80% of drinks stocked must have less than 5g of added sugar per 100ml. The government have also recently introduced a sugar tax which affects high sugared drinks which is to come into force in April 2018. This new ban won’t include average size bars, such as a 51g mars contains which contains 245 calories, but a 119g bar of Dairy Milk Chocolate Buttons contains over 535 calories and so will be.

Whilst rules and regulations have only just started to come in, we have been promoting healthy vending for the last few years. Our machines lean towards healthier products, with just 20% of the products we sell being in our indulgence range.

It won’t be easy to reverse the obesity trend in the UK. However, with some rules and encouragement as well as a much better option for healthy food the trend is likely to change. The fight against obesity has started, and there is only one way this is going to go.