Out with the Microbeads! 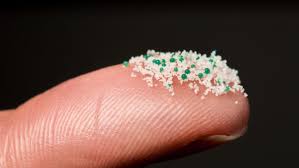 Last week, a host of consumers and campaigners breathed a sigh of relief when it was finally announced – the UK government will propose a ban on microbeads. The plastic has already been banned in Canada and parts of the US after a wave of evidence showed that the tiny plastic particles are damaging marine life and could even pose a serious threat to human life. The ban has been praised by campaigners who have fought tirelessly for it. Green Peace suggested it is the strongest ban on micro beads in the world to date, they had previously set a petition up which 385,000 people signed.

These tiny microplastic beads are too small to be captured through existing waste water treatment processes, and therefore wash straight into the ocean. Because they are not biodegradable, once they enter the marine environment, they are impossible to remove.  Studies suggest there are 300 billion pieces of microplastic in the Arctic Ocean alone. Not only do they harm the environment and sea life but they enter the food chain – effecting us directly too.

A single cosmetic product can contain as many as 360,000 microbeads – which scientists and skincare companies agree is unnecessary as there are natural alternatives. For example, LUSH have never used microbeads, instead opting for ground almonds caster sugar, sea salt, ground rice, and bamboo stem extract.

The UK government had already made some progress with the fight against plastic when they brought in the plastic bag charge, with statistics showing an 83% reduction. This new ban on microbeads proposes that any kind of ‘rise-off’ personal care and cosmetic products (e.g. toothpaste, exfoliating scrubs and shower gel) will be affected, but not ‘leave-on’ make-up or sun cream after the industry complained about the cost.

Whilst many praised the new ban, others urged the government to go further. The Marine Conservation Society suggested that microbeads should be banned from any product that is likely to end up being flushed down the drain. The ban will come into force from January the 1st next year when companies will no longer be able to manufacture products containing microbeads and from the 30th of June they will not be allowed to sell them either.