Plastic Free Vending – Is it Possible?

Nearly all the plastic ever created still exists in some form today.

Let that sink in…

The plastic conversation has reached prime talking point, we can no longer ignore it. Campaign groups such as Green Peace and public figures, namely David Attenborough, have brought the plastic issue to the forefront of our minds. The media coverage has not been wasted as thousands of people have acknowledged that we need to change. It seems that many of us are starting to adapt our lives to reduce our environmental footprint.

This admission is just that start, we have an addiction to single use plastics. It is so ingrained in our lives we have taken little notice of the cotton buds, the coke bottles and the packaging. That is until now. Our habit is catching up with us, it is time to seek alternatives and alter the course towards further damage. Vending is no different. We are fully aware that our machines are full of plastic bottles, snack packets and especially coffee cups. But we can create a plastic free vending option with a little help, and that is exactly what we plan to do. 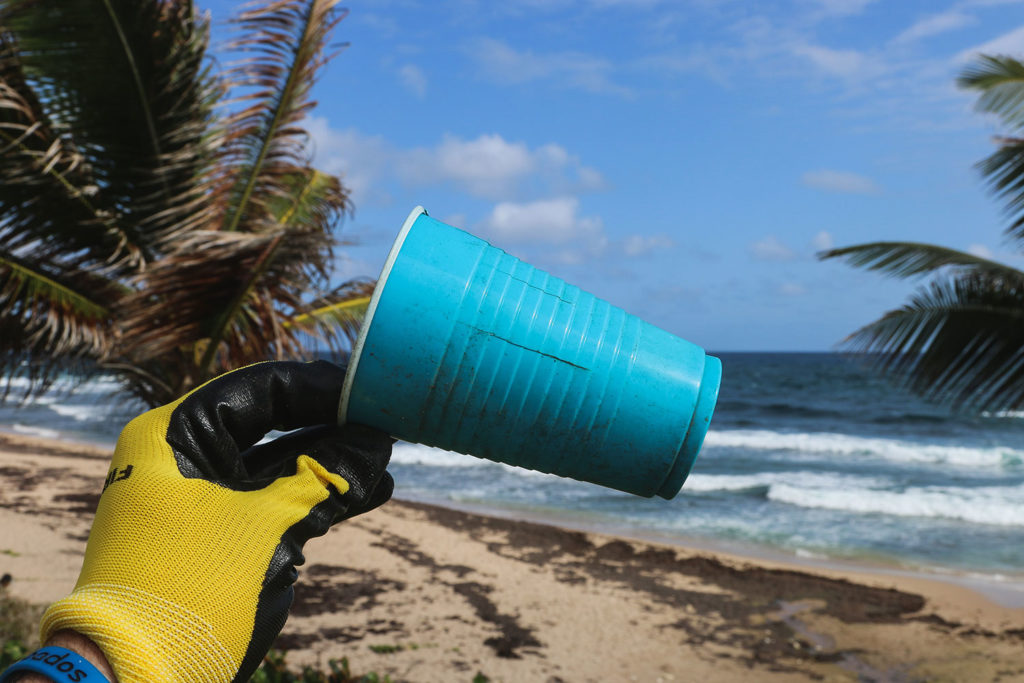 As of 2015,  around 6.3bn tones of plastic waste has been generated. A surprisingly low 9% of it has been recycled and a further 12% has gone to the incinerator. And as for the rest? The remaining plastic has either ended up in landfill or in the natural environment. Plastic bottles, food wrappers and grocery bags litter our beaches, parks and streets.

The damage goes further than the eye can see. As the plastic breaks down over many years, it turns into microplastics. Recently scientists discovered microplastics embedded deep in the arctic ice, it is ingested by sea life too. Worryingly, plastic has been found in caught fish – so it even ends up on our dinner plates, and consequently in our bodies! There is no denying that plastic is useful, versatile material that we couldn’t live without. But, the majority of the plastic pollution is single use. In fact, we manufacturer over 300million tones of plastic a year, and half of it we only use once. Often this is just for a few minutes of even seconds, for example a straw or cotton bud.

The government, businesses and individuals have started to look at ways to reduce our human impact on the environment. In October 2015 the government introduced a 5p plastic bag charge in England. The previous year, carrier bag usage was at an all-time high of 7.6billion, the equivalent of 140 bags per person. The result of this charge is an 86% reduction in grocery bag use. What a difference! People instead are using bags for life or paper bags which are far less damaging to the environment.

Single Use Plastics and Vending

Reportedly, one of the most common plastic found in the environment is plastic bottles. Statistics from 2016 discovered that 480bn bottles were sold that year. And despite half being collected for recycling, only a tiny 7% were actually recycled. We can make a big dent in this bottle wastage.

Reverse vending has been introduced in some countries/supermarkets where bottles can be put into a machine in exchange for coupons. This encourages people to recycle them, but we can do even better than that.

There are alternative drink containers such as cans. To create an aluminium can is more efficient and uses less energy than plastic bottles. They can also be recycled again and again. Interestingly, data from 2012 showed that 70% of cans that year were made from recycled cans. And the rate of recycling aluminium cans is about half in comparison to plastics less than 12%. Even better though is to use a reusable container of sorts. Both plastic and cans can take hundreds of years to decompose, glass is even worse.

Some companies are trying to encourage people to use refillable containers, particularly for water. Pret a Manger have now installed taps for the public to use – even if they are not a customer. Others are reluctant to do this because of the economic impact not selling bottles of water will have, stating that it could cripple businesses. However, that does not mean it is impossible or unworthy of discussion. Especially, as we can see the devastating impact that plastic has. For a vending company to remove plastic bottles will hit sales. But there are a variety of drinks which can be sold in a can. Also, providing water via a tap may damage income, but we can also sell reusable bottles via the machines. This way we can ensure no single use plastic bottles in our Doozy plastic free vending machines.

Coffee cups received some attention in 2018 when a possible latte levy was discussed. Hot drinks cups are made mostly with paper but have a thin plastic coating. This means that despite people’s efforts to put them in a recycling bin, they are still confined to landfill. That is unless the cups can be sent to one of a few centres in the country which can pull apart the plastic. Because of this less than 1% of coffee cups are recycled. The latte levy, a proposed 25p tax on coffee cups, has been rejected for now, but that does not mean the issue has been forgotten.

There is not an easy solution, yet change is beginning to happen. The team who create our Doozy cups are trialing a completely recyclable paper cup as we speak. This new cup is designed to be compostable and recyclable via any standard paper waste bin. We are hoping it won’t be long now until we can introduce them to our Doozy coffee machines. The second solution is making it easy for people to use reusable cups. We have already raised the height of our machines so all variations can fit under it. Next step is providing reusable Doozy coffee cups which customers can enjoy using again and again. 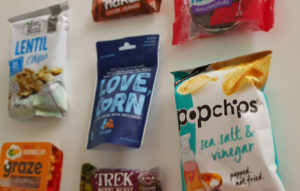 This is a tricky one. There are currently not many alternatives to crisp packets and snack pouches. Yet, the ones in use currently are not easy to recycle. With food we have to consider freshness and sell by dates. A more recyclable package will not be any good if the product is inedible by the time it reaches the buyer. Over the last year a few schemes have become available to recycle crisp packets, but it requires them being collected separately to normal recycling and sent to a specific recycling plant. Companies are working hard to create new packaging, using less or no plastic. For now, it is a massive hindrance to our desire for plastic free vending. Drinks can be contained without it, but it is not the same story for snacks.

It is not clear how bright the future will be for our planet. But it is definite that people are really taking a stand against the materials which cause it so much damage. Plastic is just one of these materials. No one is suggesting we need to remove it completely. It is versatile and useful, a primary element for many everyday items. It is predominantly single use plastic which we really need to tackle. A lifespan to us of seconds or minutes but to the environment – hundreds of years.

We’ve started talking about life after single use plastics. Have you?

If you have any suggestions on how we can make this a real possibility, please contact us today.