We made a conscious decision to avoid artificial sweeteners for our Doozy range. We decided that natural is best and so divert from the ‘diet’ and ‘sugar free’ products, instead opting for the more natural options. Now, new research has found that artificial sweeteners, such as aspartame found in diet coke, could cause damage to your gut bacteria.

Artificial Sweeteners – What are they?

Artificial sweeteners are low-calorie, or calorie free chemical substances used in the place of sugar to sweeten products. Very little is needed for a sweet taste, making them an attractive alternative to sugar. Artificial sweeteners are used in loads of food products and drinks that boast reduced sugar content – and many people consume this added ingredient without even realising. 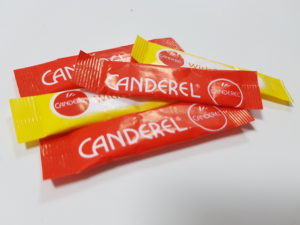 Often painted as the ‘healthier option’, diet drinks specifically have received considerably bad press since their introduction. The sweeteners were made popular through big brands such as Coca-Cola for their Diet Coke drink, but they are also present in a variety of products. This includes soft drinks, chewing gum, desert mixes, and even sugar free cough drops and protein powder.

Despite a number of studies, researchers cannot agree what damage, if any, they have on our bodies.

Food manufacturers claim that they help prevent tooth decay, control blood sugar levels and reduce our calorie intake. In addition, they can be a solution for people with diabetes who need to watch their sugar levels. However, scientists have put the substances through their paces and found evidence which suggests they are bad for our health.

The study was led by a team at Ben-Gurion University of the Negev and Nanyang Technological University in Singapore. The researchers from Israel and Singapore warn that the findings offer ‘further evidence’ that artificial sweeteners cause damage to our health.

The study found that no less than six artificial sweeteners used in a range of soft drinks and foods are toxic to gut bacteria. All the sweeteners tested are approved for use in food and drinks in the US and Europe.

One of them, is the controversial aspartame, which has been at the centre of many studies. It has established itself as an important element in many low-calorie, sugar-free foods and beverages, including the ever-popular Diet Coke. To put it into context the sweetener is consumed by more than 200 million people around the world and is found in more than 6,000 products (Source: Daily Mail).

The study featured a laboratory trial during which all six of the sweeteners were exposed to bacteria commonly found in the human gut. These bacteria were genetically modified to contain fluorescent compounds that glow when they detect toxins. Worryingly, the researchers discovered that toxins are released when gut bacteria are exposed to artificial sweeteners. Research showed that the sweeteners have a stressing effect, making it difficult for microbes to grow and reproduce.

In short, the researchers believe that a couple of artificially sweetened soft drinks or coffees a day could have a damaging influence on gut health – consequently this could make it tougher for the body to process regular sugar and other carbohydrates.

It came as a surprise that such little of the sweetener would turn the bacteria toxic, only one mg/ml. A single can of diet contains 180mg/ml (Source: The Sun). This is a particular worry for those who drink a few cans a day believing them to be guilt free.

Professor Ariel Kushmaro led the team. He said, “The results of the study might help in understanding the relative toxicity of artificial sweeteners and the potential of negative effects on the gut microbial community as well as the environment.” (Source: Medical Express)

However, despite the results, the research tested the effects on E.coli and not on people.

What Previous Studies have said

In addition, the sweeteners have been linked to environmental concerns. They have emerged as environmental pollutants due to them being resistant to waste water treatment processes. They are consistently found in drinking and surface water.

According to a study by neuroscientist Susan E. Swithers, consuming artificial sweeteners regularly can disrupt your metabolism. Similarly, another study found that some of the most common artificial sweeteners we use may interfere with the way essential bacteria does its job. And a third suggested that sweeteners can change the way or bodies process fat and energy. 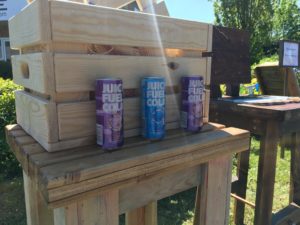 Consumers are already starting to turn their backs on artificial sweeteners. In one consumer poll by The Grocer, only 39% of respondents believed artificial sweeteners were not any healthier than sugar. Many drinks now include stevia, a leaf-based sweetener. While it is considered to be more natural than most, this product has recently received criticism too. Research on the substance has provided inconclusive and confusing results on the health and risk benefits.

There are many new drinks and food on the market now which do not feel the need to include artificial sweeteners at all. For example, we provide Juicy Fuel Cola, a new alternative to Coke. Also, Cawston Press, who now only use naturally occurring sugar from fruit. As more research unveils the benefits and risks of the substances, it is inevitable that more products will be created to meet demand.

Where Do We Go From Here?

The research does not suggest that people should stop consuming artificial sweeteners altogether. The potential health risks of them need to be researched more. Especially considering diet drinks make up a quarter of the sweetened beverage market (Source: Daily Mail). On top of this they are marketed as a healthier alternative in comparison to their sugary counterparts – but they may not be as healthy as first thought. Overall it could be best to restrict your intake of sweet treats of all kinds, both the sugary and sugar-free.

Follow us on Linked In for the latest updates