Coca-Cola Buys Costa for 3.9bn – Where Does this Leave the Premium Coffee Vending Market?

Coca-Cola have signed on the dotted line. As of the early hours of the 31st August, it was confirmed that they would be purchasing the UK’s biggest coffee chain, Costa Coffee, for a massive £3.9bn price tag.

When Whitbread acquired Costa in 1995 for £19m, the chain only had 39 shops. Today, there are 2,400 coffee shops in the UK, as well as some 1,400 outlets in 31 overseas countries and importantly 8,237 premium coffee vending machines worldwide (Source: BBC). It was 2011 when Costa introduced ‘Costa Express’ through it’s own purchase of Coffee Nation and took the premium coffee vending market by storm.

Today, Costa stands as the worlds second largest coffee chain. Will Coca-Cola help it become the world leader in the premium coffee vending market too?

A significant step for Coca-Cola

Coca-Colas latest move is a significant step, taking them into the hot drinks market for the first time. Some are describing it as a latte war because Coca-Cola are in a position to set up Costa as a challenger for world number one, Starbucks. The latter has 24,000 outlets around the world.

The global scale of Coca-Cola and their supply chains will enable Costa to increase its global reach into the international markets. As Costa Express is their largest and fastest growing section of business – it will most likely be a focus.

Coca-Cola will have a fight on their hands. They are entering the fragmented coffee market, full of competition. Whilst their positioning of a world-famous soft drinks brand may enable Costa to thrive under them, it may also be a hindrance too. The brand has a good and bad reputation, and taking a nationally loved brand worldwide will put off some customers.

Can vending companies keep up with Coca-Cola?

The world has changed since people winced at the thought of a vended coffee. Now, it has become desirable to stop off at a petrol station and grab a caffeine fix from a vending machine. Costa changed this perception. State of the art coffee machines have made it possible and these style machines are available to all within the vending industry. As Costa Express have blossomed across the country, the vending industry have started to realise the potential of such machines.

As well as the delicious coffee the machines are capable of producing, the machines take up little space and reduce staff costs. And general problems are reported via technology, so issues can be resolved quickly. Costa Express took quality coffee away from the high street and into transport hubs, corporate environments and petrol stations.

Not only has Costa Express made creating premium coffee possible but also encouraged customers to pay more for coffee. Standard vending machines would often charge just 30-50p for a coffee which restricted the quality of the drink. Now people want delicious high street quality coffee and are prepared to pay for it. Today there are over 8000 Costa Express machines, selling 80 million cups of coffee a year. 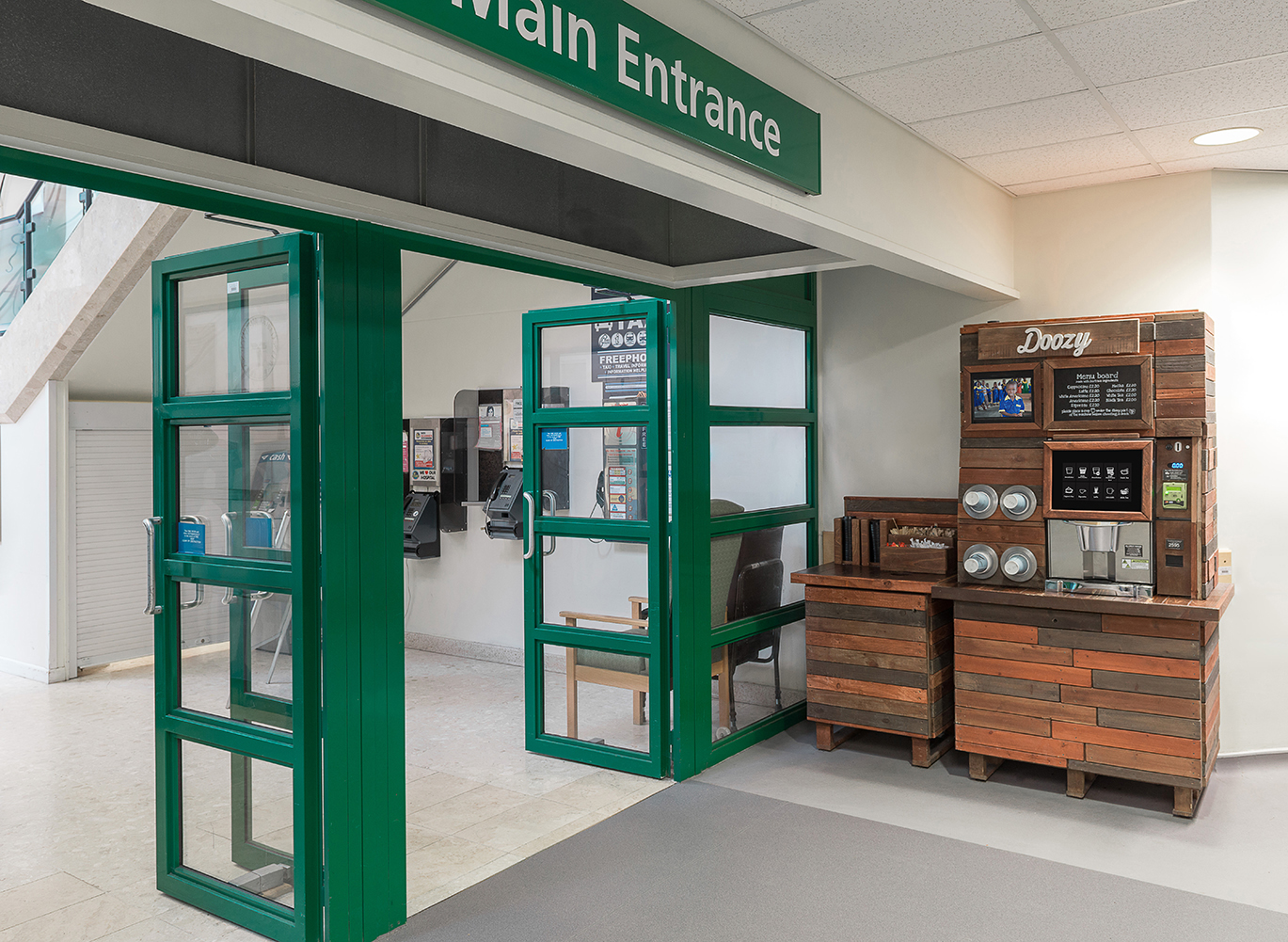 We started selling ethical premium coffee in 2014. Whilst our machines produced a delicious coffee before, new machines entered the market which allowed for high street quality. Almost as though a barista had made it themselves. These machines were an instant hit with people falling in love with the taste of the drinks. The coffee beans themselves come from coffee supplier 918 Coffee. The beans are roasted which means the old coffee grounds are used to roast the new coffee beans. The drink quality is comparable to that of Costa but stands proudly next to healthy vending machines within a sustainable wooden hoarding.

It will be interesting to see how the rest of the vending market responds to providing premium vended coffee. Easy Jet has already announced their offering, focusing on supplying cheap quality drinks. A contrast to Costa Express whose pricing reflects their high street drinks, similar drink, similar price. Where will it go next?

Have a read of our blog on premium coffee machines to find out how they have caught up with the high street.