Energy Drinks and the Impact of the Sugar Tax

In April 2018, the UK government introduced a sugar tax on soft drinks. The tax was a step towards tackling the obesity crisis. The number of people living with obesity has almost trebled over the last 40 years. Energy drinks, alongside other soft drinks, were a target as they are a major source of sugar. Although the tax was met with expected criticism from the affected companies and consumers, it has been beneficial.

The tax had a few goals: to divert consumers away from the highest sugar drinks and to encourage companies to reformulate their drinks and remove some of the sugar. A study has emerged showing that several big energy drinks have gone down by a full two teaspoons of sugar since the sugar tax. While many of these drinks have managed to avoid the pricier tax since reducing sugar in their recipe’s, it is astounding how high they still are.

It begs the question, what is it about energy drinks that young people like so much? And, how damaging are these caffeinated, sweet beverages to our health?

What are energy drinks?

Essentially, energy drinks are soft drinks which contain a high amount of caffeine and sugar. People drink them because of their sugary taste and their ability to make people feel more awake. A stimulant, they contain as much caffeine as an espresso coffee. Energy drinks have been present for a while now. Red Bull stormed into the UK market back in 1994 as an energy drink for students and clubbers, a sure way to help them stay up all night. Now a wide array of energy drinks has joined Red Bull (the world’s best-selling) including Monster and Relentless.

One of the major concerns about energy drinks is their appeal to children and young people. Drinking too much of them results in a large amount of sugar and caffeine consumption. One study found that 19% of UK adolescents reported being ‘high chronic’ energy drink consumers (drinking them at least 4-5 times a week). And although these drinks contain a similar amount of caffeine to a cup of coffee, it is a very different drink. They are enjoyed cold and come in a variety of flavours, far too tempting for someone to gulp down two or three in one sitting.

Worryingly, it is not only adolescents who enjoy energy drinks. According to the European Food Safety Authority research, two-thirds of 10-16-year-olds regularly consume them. The product is deliberately marketed to this generation using platforms such as YouTube and social channels with strong associations to gaming, extreme sports and music. In addition, they are cheap, readily available and in large containers. Studies have discovered links between daily consumption and headaches, sleeping problems, irritation tiredness/fatigue. 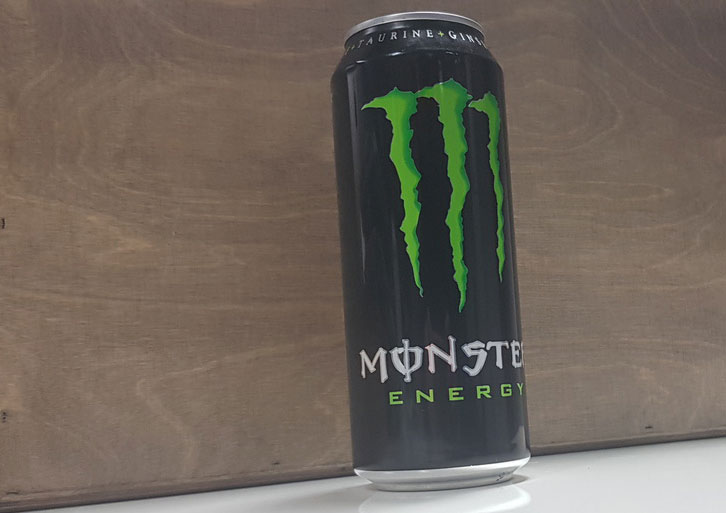 Two spoons of sugar help the energy drink go down

The popular energy drinks have changed in a rather big way over the last few years. The government brought in the sugar tax back in 2018 as an effort to combat the large amount of sugary drinks we consume. The drinks with the highest sugar levels are taxed the most. However, if companies wanted their drinks to fit in the lower band of tax then they were encouraged to change their recipe’s and reduce the sugar content. Coke refused, for their full-fat offering, accepting the tax and passing it on the consumers. Fanta, Sprite and Dr Pepper have all had their recipes altered, bringing down the sugar levels to escape the tax. Many of the energy drink brands had a big problem. Their sweet drinks, adored by adolescents, would have to be dramatically changed to avoid the tax. This wasn’t an option for a few companies, they didn’t want to lose customers, but many did reformulate.

This saw some energy drinks reduce their sugar levels by two teaspoons!

It seems that the sugar tax has been a big success in terms of energy drinks. Although people are still purchasing them, the recipes have had a major revamp. This means at the very least, those who consume energy drinks are taking in a lot less sugar. But we shouldn’t stop there. It is clear these drinks are appealing, even addictive for children and young adults. Some shops have opted to ban anyone under the age of 16 from buying them altogether. Taxes and bans aren’t the only ways we can make help people turn their backs on energy drinks. We all have a part to play.

We decided to avoid energy drinks in our Doozy machines. They are often based in hospitals, leisure centres and colleges, where people, particularly young people, can get their hands on them. Also, the high sugar levels do not align with our healthy vending menu. As an alternative, there are now a number of brands who have developed natural energy drinks including Tenzing and Brain fud.

For vending without these sugary, high caffeinated, (generally bad for you) energy drinks, contact us today.