Mobile Payment Apps – The Future for Vending Machines is Digital

Phones have changed dramatically over the last decade. They used to resemble a small brick, capable of little more than phone calls, texts and the snake game. Now, you can transfer money to friends, browse the internet and even pay for items. People can eliminate a bag altogether and just carry their phone.

The beginning of mobile payments

Orange and Barclaycard introduced the very first mobile payment option to the UK in 2011. It allowed customers to buy products when £15 or less with their phone. Initially this payment method was slow to take off. The fairly new technology built up some speed in 2015 when Apple Pay and Android Pay entered the market.

Paying by mobile has become increasing popular, following the growth of card payments. Both methods have contributed to the rapid decline of cash. In fact, It has been estimated that 1 in 10 people cut cash out of their lives altogether. Some only use cash when necessary, such as at a school fete or potentially a small-scale festival (The big ones tend to offer card and mobile payments now). Younger generations have spearheaded this relatively new payment option. Unsurprisingly, users aged 18-34 accounts for the majority (55% of users), while those aged 35-54 make up the other large section at 35%. 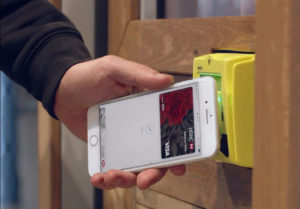 24% of UK adults now choose to use their phone to pay for items. In 2016, just a short few years ago, this figure stood at 2%. We are actually quite far behind other countries who have taken this payment option on board. In China 47% of phone users use mobile apps, Norway is just behind with 42%.

Our Doozy figures mirror the general UK data showing an increase in the adoption of mobile apps. When it was first introduced, people were a little slow to adopt the payment method. But in the first year, as trust was gained, the popularity sky rocketed. Across Doozy sales, between 2016 and 2017 we saw mobile payments swell by 1064%. The following year, the figure grew again by 105%. Although the adoption of payment apps slowed down a little, it is still a significant growth.

Our Doozy vending machines have found a home at universities, hospitals and leisure centre’s to a name a few. This wide demographic shows a difference in payment types per site. As expected, educational sites have embraced the new technology the most, with 11% of sales from a mobile app. Healthcare and leisure are a little behind, with around 4% choosing to pay with their phone. Overall, 2018 data shows that 7% of consumers paid with their mobile app. With the usage of mobile apps growing at some pace, this figure is likely to increase year on year.

We now use mobile payments for the smallest of items including snacks and coffees. From takeaways, to coffees or online shopping. In the UK, both Android Pay and Apple Pay are widely used, with the latter attracting more users. 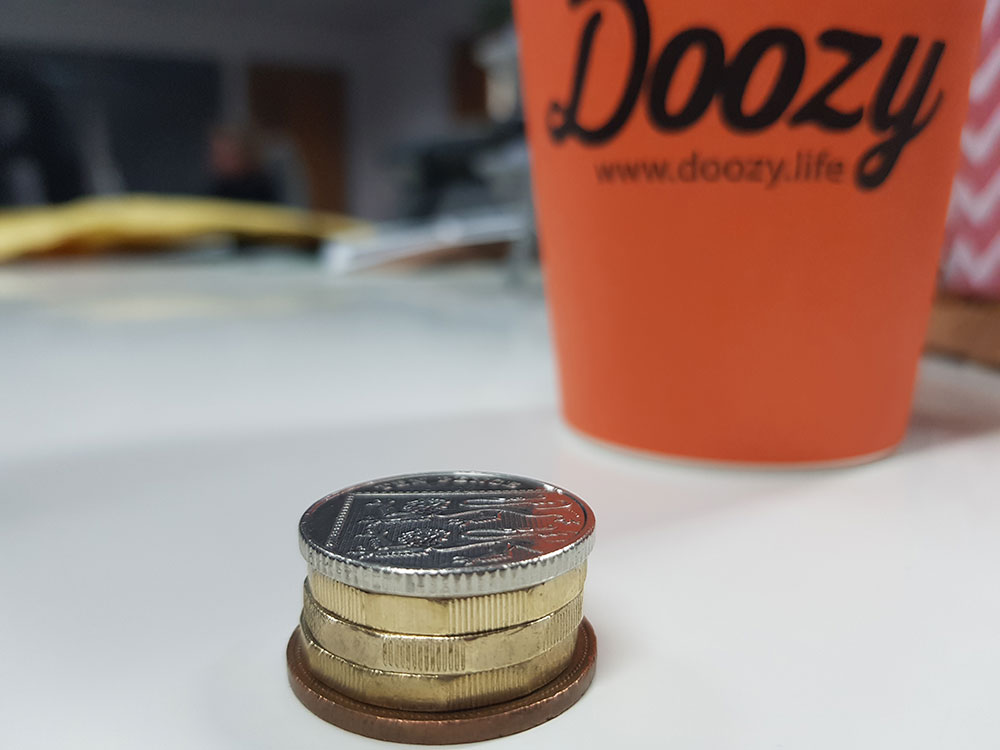 The introduction of mobile payment apps has joined forces with the card in driving down the use of cash. This is good news for vending machines. There are many advantages to having a completely cashless vending solution including:

It looks like the growth of mobile payment apps will continue, alongside our need for speed and convenience. Mobile payments will be integral to future purchasing. Companies who already embrace it are a step ahead of the curve. Will it over take card eventually? One thing is certain, we are looking at a far more digital future, and vending machines are no different.