Premium Coffee Vending Machines in the Era of Self-Service

Self-service has become commonplace in modern day Britain. In a world where we rely on convenience and efficiency, it makes sense that self-service checkouts have become expected throughout towns and cities. In fact, looking at self-service supermarket checkouts alone – there are over 200,000 across the world.

Arguably one of the oldest forms of self-service retail is vending machines. However, it is only in the last decade that premium coffee vending machines have become developed enough to provide a barista quality hot drink.

‘Unexpected Item in the Bagging Area’

One area which has seen self-service become popular is at supermarket checkouts. The UK’s biggest supermarket Tesco introduced them in 2003 and now has over 12,000. This quick and efficient way of purchasing is perfect for when just buying a few items, lunch for example. They also allow people to make choices for themselves, putting the customer in control of their purchases. Retailers gain as well, less staff are needed on the tills so can be moved to other parts of the store. Kiosks can also be programmed to upsell with special offers and coupons. It’s an added benefit that they take up less space than a manned till, meaning more tills can fit in the same space.

While people have grown to love them, there are those customers who believe the checkouts come with irritations. Following feedback that the machines are shouty and irritating Tesco decided to relook at the way the machine spoke. They had gained a reputation for the infamous phrase ‘unexpected item in the bagging area’, and so introduced new phrases such as ‘Thanks for shopping at Tescos’. Customers have also spoken about missing the personal touch. There are some indirect consequences as well. Theft can be an issue, there are fewer eyes on the customers and the machines make it easier for people to sneak products out of the shop. 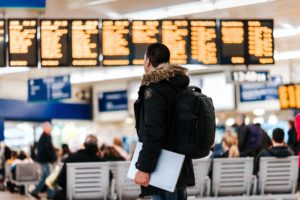 Self-service is now filtering into many aspects of everyday life. Even checking into a doctors appointment, it is done on a screen and airlines across the nation have started to introduce self-service check-in desks. Fast food restaurants, already liked for their speed, have taken the word ‘fast’ a little further and introduced order kiosks for consumers to use. These display the full menu, allowing consumers to order in their own time. Amazon recently took self-service in a new direction with Amazon Go, a fully automated store, using a mixture of computer vision, artificial intelligence and sensors. 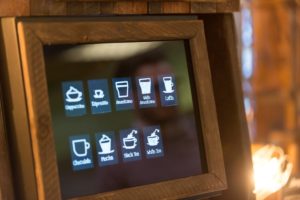 Coffee shops have boomed, growing in popularity year on year. Vending machines used to offer a cheaper, substantially less superior drink to them, but times have changed. As technology has improved, so has the coffee that they produce. Now, premium coffee machines can be spotted across the nation and they provide just as delicious drinks as the baristas make. Big brands have started to offer these machines as well as traditional vending companies. Costa introduced Costa Express in 2011 and now have a massive 8,237 worldwide. More recently, Easy Coffee was launched, a more basic and cheaper option but still serving decent coffee.

Although the introduction of premium coffee vending machines has some downsides, the benefits far outweigh them. Whilst they lack the personal touch, they are cheaper to run than a full coffee shop, and can also be open around the clock. Consumers feel less time pressure to make a decision and much smaller queues mean it is much quicker to get their favourite drink. Of course, they can stand alongside coffee shops. Premium coffee vending machines are ideal in high footfall locations such as petrol stations, busy corridors, universities, hospitals and more. 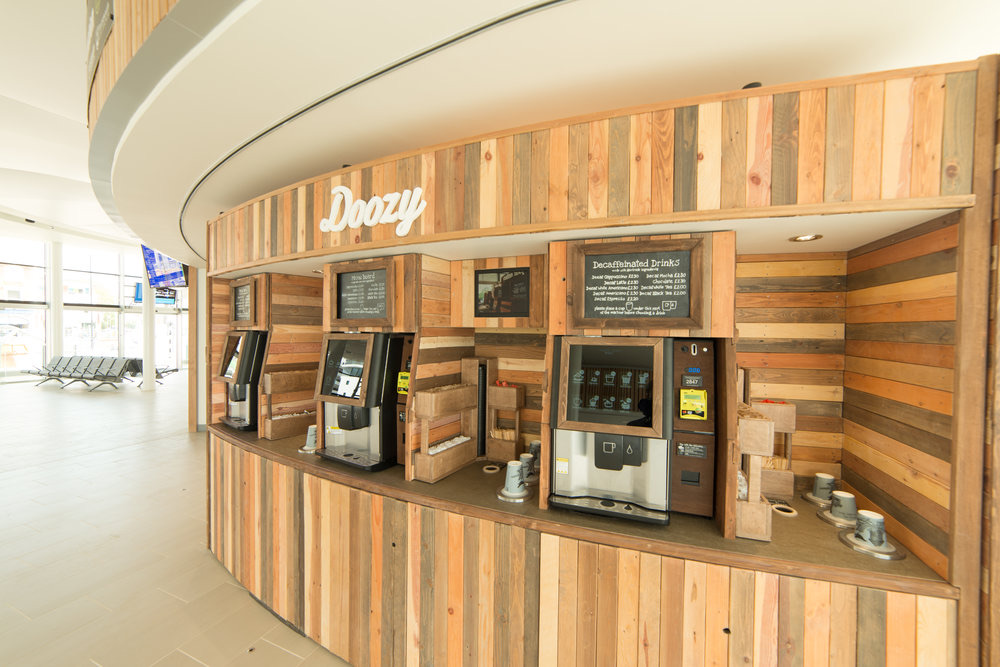 We have served good coffee for years, but as the technology available has stepped up we have been able to get our coffee to the highest level. Our coffee beans are eco-roasted and fair trade and the taste is easily comparable to that of the high street coffee shops. We have installed our premium coffee vending machines at locations including schools, universities, hospitals and leisure centres with outstanding results. It seems everyone loves coffee, and the efficient and now delicious drinks available from a machine are just as desirable as those from a coffee shop.

Despite some criticism of the self-service era, it is here to stay. The efficiency and speed of these kiosks and machines are craved by today’s consumers. While speed is probably the greatest benefit of self-service, putting consumers in control of their own journey is also a big pull.

Talk to us today about installing a Doozy Premium Coffee Vending Machine where you are.