Are Children Finally Turning Their Backs on Fizzy Drinks?

Over the last decade, the government has stepped in to come down on fizzy drinks. Either to look at ways to make fizzy drinks less appealing, or to encourage companies to cut down the sugar content. But, the most powerful thing has happened. Children, longtime fans of sugary beverages, are starting to turn their backs on them.

The BBC reported on an impressive survey which showed that the number of children drinking fizzy drinks has fallen by a third over the last decade. The report came from the UK National Diet and Nutrition Survey and took place across 9 years. 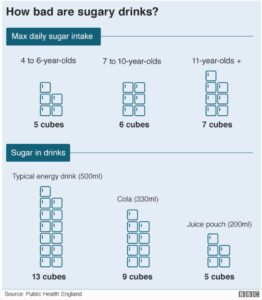 Are fizzy drinks the bad guys?

Health experts have warned for a while that fizzy drinks can cause damage to our bodies. These concerns were met with the sugar tax in April 2018. This tax on sugary drinks saw many brands reduce the sugar content of their drinks. However, they still contain a lot of sugar and some refused to change their recipes. Instead, they were forced to add the tax.  Just one can of coke is way above the daily limit for sugar. Most children get more than twice the recommended sugar intake.

Fizzy drinks do not only affect children. Adults also consume them regularly. A review of 30 studies found that there was a link between pilling on the pounds and the ‘empty calories’ in beverages. As a liquid, many people think less of the calories and sugar content then if they had the same through food.

Fizzy drinks can be linked to tooth decay, diabetes and childhood obesity.

A link with bad behaviour?

Worrying studies have found links between sweetened beverages and bad behaviour. One study explains that is in part due to the high levels of caffeine. It takes little caffeine to have a negative effect on a child. It can cause headaches, stomach upset, jitteriness and sleep problems. Most concerning is that caffeine is associated with some behavioural problems and nervous system disorders. Other coffee ingredients could cause behavioural problems including aspartame and the high levels of sugar.

Is this the end of fizzy drinks?

Some would like to think so. A leading dentist’s charity wanted a ban on selling fizzy drinks to children. They concluded it would help to tackle childhood obesity and tooth decay. The charity felt that although the recent introduction of the sugar tax was a fantastic step, it didn’t go far enough. Especially when one in five children now leaves primary school obese. 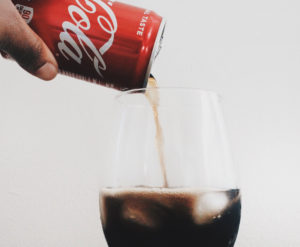 At Doozy, we think it is unlikely to be the end of the sugary drinks. But it will encourage and force brands into limiting their sugar content. Less appetite for them will mean people opt for drinks which are much better for us. Have a look at our Doozy cold drinks here to see some alternatives.

We still have a long way to go. The report discovered that other diet sections had still not improved. For example, fruit and vegetable consumption had not changed and most people were still well below their 5 a day. In addition, despite a reduction in children consuming fizzy drinks, all age groups still consumed above the recommended levels. Now that big brands have woken up to the fact that they simply contain too much sugar. And a huge range of alternative drinks are available. Is it likely that sugar consumption will decrease?

“Fizzy drinks are always absent from our Doozy machines. Children are able to choose from a range of products with no temptation of the big brand fizzy beverages. It is fantastic news that children of all ages are turning away from them. With so many fantastic alternatives, why would you not?” – Tim Varney, CEO of Doozy.

Children have always been attracted to fizzy drinks, but it seems that their time at the top is finally coming to an end. New and innovative strategies will be needed to divert both adults and children away from sugary drinks. For now, this is welcome news. Children are deciding for themselves that there are better products they could be putting into their bodies.

For a vending machine that is completely free from sugary drinks – get in touch with us today.